Sometimes, insights feel quiet and wise.  Other times, they slap you upside the head.

The effects of these efforts hit home recently when I had a client sit up after a session, look at me and exclaim,

“Why be f*ing normal?  It a waste of time… and it is exhausting.”

It was a realization of her own experience but boy, could I relate.  It’s like she realized she was a unicorn this whole time and had been masquerading as a stable pony.  It’s exhausting to keep yourself small, unseen and just like everyone else.

For the record, it usually doesn’t work.

Also, it is boring.  And boring is dangerous to your health. 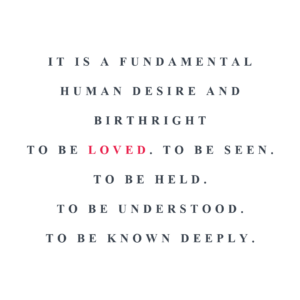 Fast forward to another client with anxiety. He felt paralyzed in his life.

Turns out, he was bored to tears. He has great depth and dimension but had been living in one dimension, trying to fit into this world’s idea of a successful life.

He was stuck and in that stuckness entered a constant, gnawing and nameless anxiety. The anxiety plagued him with no clear source. Until, during a session, he realized how much of himself was not able to participate or be in his life.

As if he was trying to draw a rainbow with a singular red crayon.

It hurts to deny yourself.

To deny the existence of the iridescent sublime reflection of the universe that you are. To portray to the world that you are one solid, predictable color when in fact, you are a kaleidoscope of every possible color combination.

It’s common. Most of us have had experiences that convinced you that it was only by being normal that you would be loved. (Just try to relive Junior High right now). Normal becomes the goal.

However, it is through the shining the authenticity of you that you can be loved – in that you are known deeply and understood.

Please, don’t be f*ing normal.  It’s not worth it.

*The quote on Authenticity came from a visit to Waco, TX at Magnolia Farms proving that inspiration can come in the least expected places